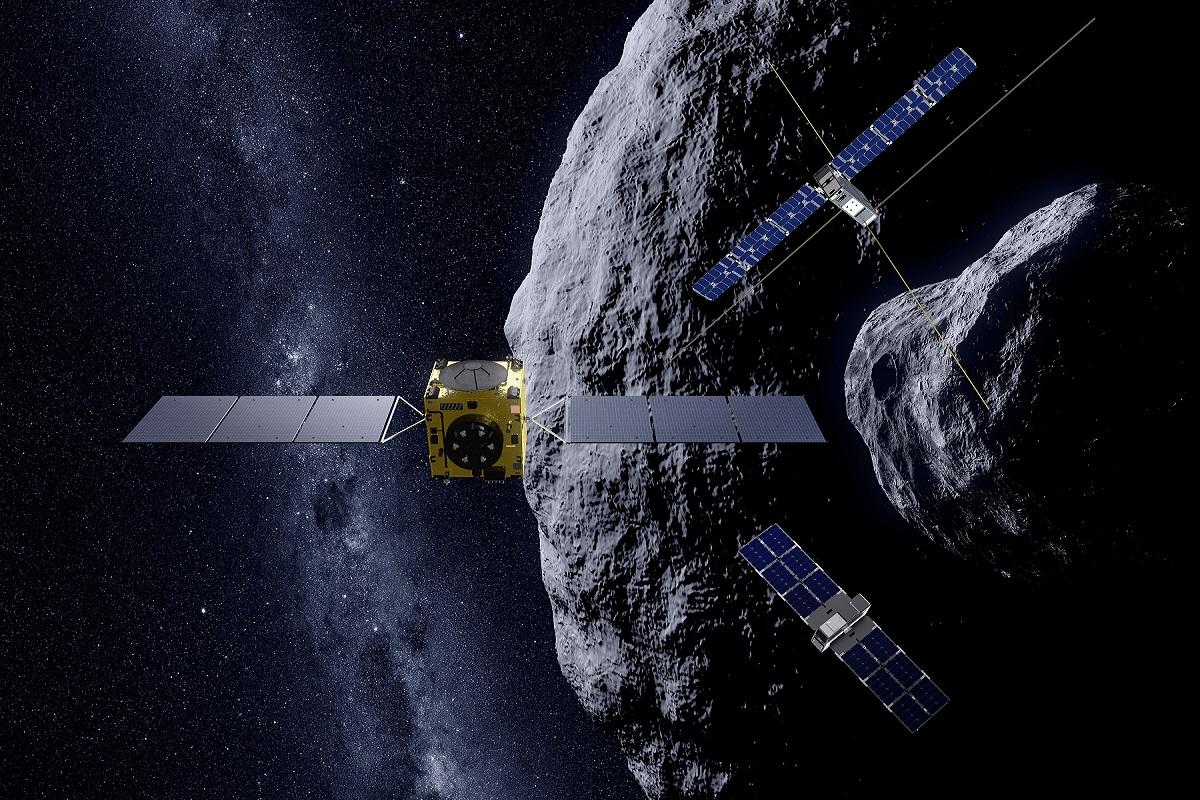 Cosmic bodies like asteroids regularly fly past our Earth. In rare cases, these astronomical small bodies cross the Earth's orbit. Most recently, in 2013, there was an unforeseen impact of a cosmic body 19 metres in diameter, which exploded over the Russian city of Chelyabinsk. These events are fortunately very rare, but the danger posed by near-Earth objects in particular should not be underestimated. For this reason, NASA and ESA will perform a deflection test of an asteroid and study the results in detail. Scientists from the Museum für Naturkunde Berlin are also part of the mission's international team of experts.

Proof of Concept: Kinetic Deflection of the Asteroid Moon Dimorphos

The goal of the two-stage mission led by NASA and ESA is to deflect the orbit of the near-Earth asteroid Dimorphos, which has a diameter of 160 metres, by colliding with the DART spacecraft. The mission will provide scientific evidence for the possibility of deflecting an asteroid by external bombardment and develop a replicable and repeatable planetary defense technique.

Dimorphos is the smaller asteroid in a binary asteroid system and orbits the larger main body Didymos. It is an ideal test target to test the possibility of kinetic deflection for planetary defense. The orbital change that occurs affects the orbital periods within the binary system, which are much shorter than the orbital period around the Sun and thus will be easier to measure. The two asteroids are close to Earth, but pose no impact threat to Earth either before or after the experiment.

To carry out the mission, NASA has built a spacecraft under the Double Asteroid Redirection Test (DART) program that will hit Dimorphos at a speed of more than six kilometers per second (or nearly 22,000 kilometers per hour). The impact, announced 26th September 2022, will result in a change in the orbit of the asteroid moon and possibly the large main body Didymos itself. In a second step, ESA will study the effects of the impact as part of the Hera mission. The goal of the analyses is to use high-resolution visual, and laser-based radar data to create a detailed map of the surface and internal structure of the moon. Also crucial is the study of the impact crater created by the spacecraft, as this will allow important conclusions to be drawn about the asteroid's properties. The execution of such a mission requires extensive modeling and simulation of the impact, which is being developed with the active support of the Museum für Naturkunde Berlin.

To better assess the risk of impact from near-Earth objects and the possibility of deflection, it is essential to develop a better understanding of the classes, nature, and behavior of asteroids. Scientists are addressing this task in the EU-funded NEO-MAPP (Near Earth Object Modelling and Payloads for Protection) project. It focuses on the development of modeling expertise and technological advancements to accompany space missions to study near-Earth objects. One of the formulated goals of the cooperation project is to create a better understanding of the reaction of asteroids to external force effects (kinetic impacts or tidal forces during planetary approaches). It also aims to improve methods for measurements by spacecraft, which are needed to characterize the physical and dynamical properties of the asteroid. The knowledge gained in the project therefore serves as an important basis for the planetary defense mission of NASA and ESA.