Through the Havel river with nine eyes 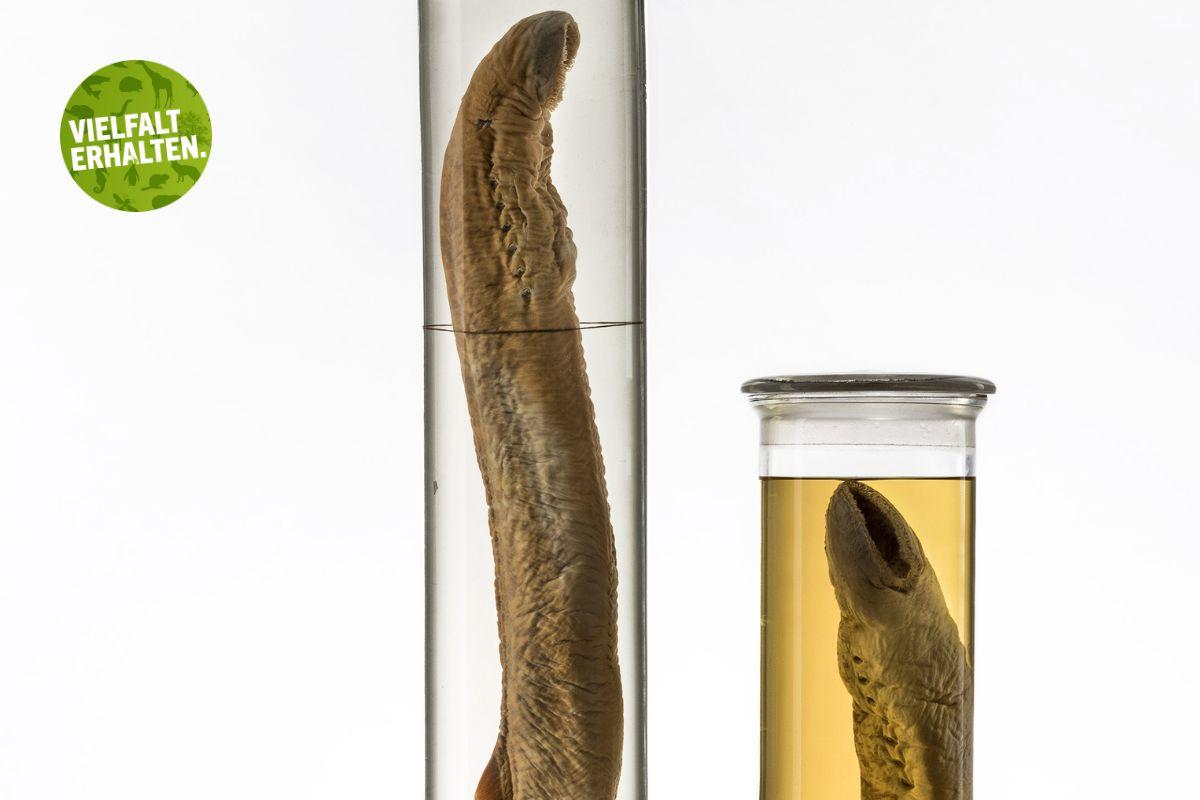 Sea lampreys are part of our fascinating and diverse living world, even if at first glance the "fish" evoke curiosity at best. Sea lampreys (Petromyzon marinus) can have a major impact on ecosystems – imported by ships, they are severely downsizing stocks of market fish in the Great North American Lakes. This is because they hold onto them with their rasping tongue and a adhesive disk full of teeth to eat their blood and tissue. They survive well, which is more than can be adequately said for their European relatives. Therefore, they are among the most endangered populations.

Lampreys are the last survivors of a primeval vertebrate group that has been around twice as long as dinosaurs. Researchers can make many intercomparisons with fossil jawless vertebrates and shed light on questions of early vertebrate evolution.

The sea lamprey is born in the headwaters of rivers and returns to the sea to feed after several years of larval life. It was found in all rivers draining to the North and Baltic Seas. In Berlin it has always been rare. Nowadays it is considered disappeared in our country. The larvae succumbed to water pollution and the adults to the dangers and obstacles on their migrations through the rivers.

In the past, however, there were larger populations of river lamprey (Lampetra fluviatilis) in the Spree and Havel rivers, which were also used for economic purposes in Europe. The larvae of the lampreys, also called "Querder", were described as a separate species until the middle of the 19th century. By 1856, August Müller demonstrated the transformation of the "Querder" into adult lampreys in the brook lampreys of the Panke in Berlin.

Within the framework of the EU Water Framework Directive, there are many efforts to make our rivers passable again for migratory fish such as the sea lamprey. There have been some detections in the lower Havel in recent years. However, the way to and through Berlin is still far from unobstructed.

The sea lampreys in Berlin's Natural History Museum are by-catches of commercial fisheries. One specimen was caught in the Havel near Pichelswerder in 1868, which was a rarity even then. A second and third specimen, given to the museum in 1889, had made it to the "Unterspree between Berliner Damm and Kurfürstenbrücke". The specimens are preserved in alcohol and can be seen in the wet collection in the visitors' area of the east wing.