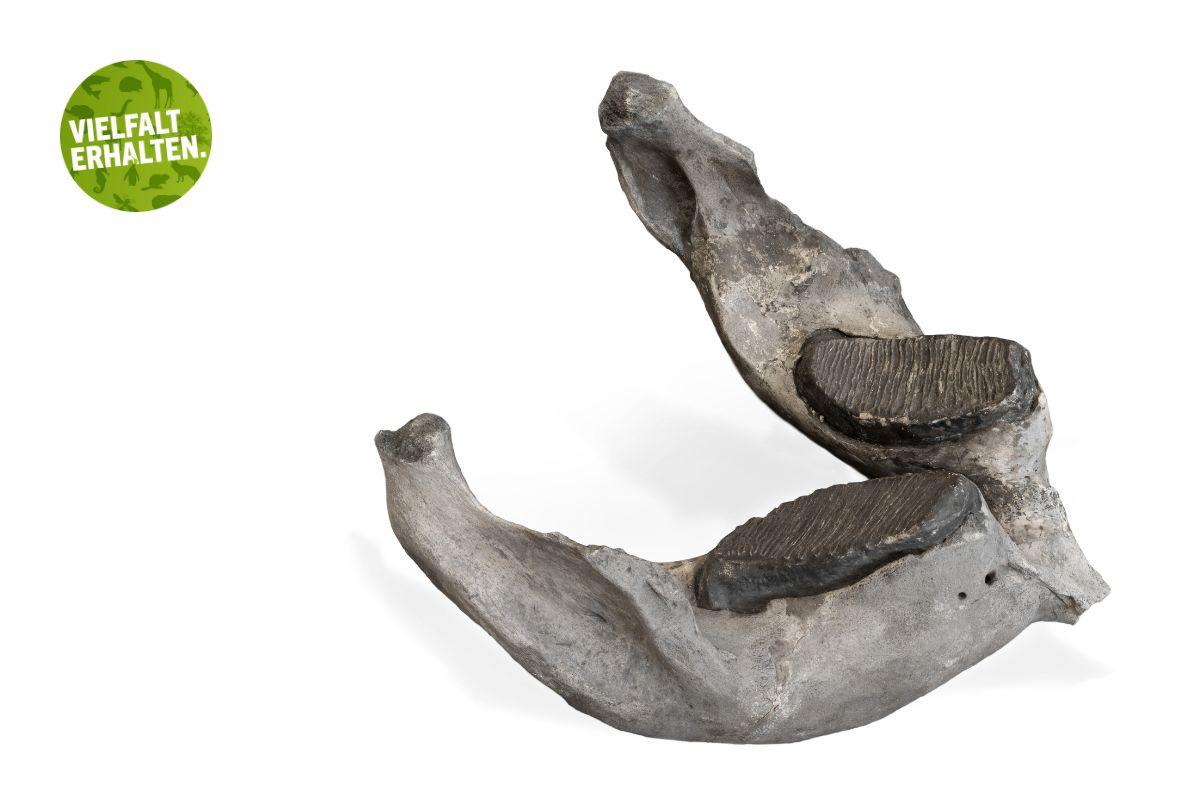 Even though mammoths became extinct several thousand years ago, we have a very concrete idea of these animals. Similar in popularity to whales or dinosaurs, every child can describe a mammoth or correctly recognize one in a picture. However, this is not only due to the relationship to the elephants still living today and the similarities that go along with it. We also know mammoths so well because humans and mammoths existed in side-by-side for part of their history.

Humans have been shown to have hunted mammoths, eaten their meat, and used their fur and bones. And so, among other archaeological finds, cave drawings and figurative representations of these animals can be found. Made by people who lived many thousands of years before us.

But even more has been handed down from these animals. The discovery of the lower jaw of a woolly mammoth (Mammuthus primigenius) comes from the Rixdorf horizon, a gravel layer in the area of today's Neukölln, where many fossil discoveries have been made. The collection of the Museum für Naturkunde Berlin contains numerous similar discoveries, including tusks and other skeletal parts.

Unlike dinosaurs, however, these bones are not completely fossilized, so they are still changing. For this reason, the lower jaw (pictured) must also be kept controlled, cool and dry in the museum's research collection and cannot be displayed.

Why did mammoths become extinct? We hunted them thoughtlessly – and did not take into account that the animals need several years to become sexually mature. Second, the climate changed at the end of the Pleistocene, about 11,650 years ago, making it increasingly warmer and wetter in the animals' range. This also changed the vegetation and consequently the supply of plants on which the animals fed.

Fossil remains are an inexhaustible source of knowledge. In the permafrost soils of Siberia and North America, along with bones, tissue, skin and fur have survived the millennia. Thus, even the genetic material of the extinct animal species could be isolated and analyzed. The surprising result: the Asian elephant is more closely related to the woolly mammoth than to the African elephant.