Polar bear Knut reminds us of our responsibility 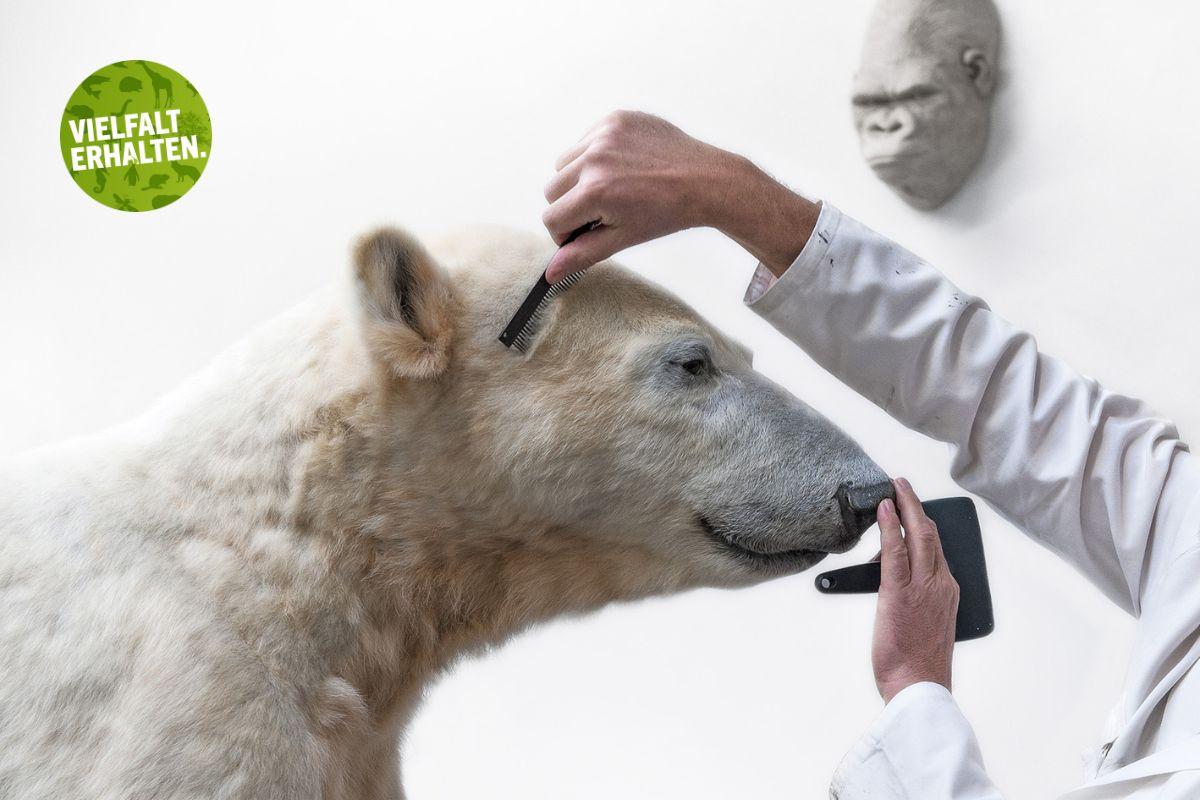 Knut attracted millions of people to the Berlin Zoological Garden. On March 19, 2011, he died at the age of only four, many people grieved the death of the polar bear. Today he stands as a taxidermy in the Museum für Naturkunde Berlin and reminds us all how threatened our planet is by man-made climate change and species loss. Like hardly any other animal species, polar bears have become a symbol for the consequences of climate change.

Before Knut came to the museum, the Leibniz Institute for Zoo and Wildlife Research (IZW) investigated the cause of death. He apparently died of encephalitis and was dissected by the Museum für Naturkunde's taxidermists in the course of the investigation.

If you look back at the 200-year history of the Museum für Naturkunde, you will see that it has always been a tradition to prepare animals that died in zoos and animal gardens and make them available to future generations for research or educational purposes. This happened, for example, with Bobby the gorilla – and with Knut the polar bear.

But how should Knut be presented? After all, the demands on how to deal with these rare and outstanding animals vary widely. The museum team gave a lot of thought to meeting all demands and respect for the animal. On the one hand, there were the researchers who would like to include such valuable animals in the scientific collection. There is the mourning for a zoo animal loved by many and the fear of a possible display.

Even a research project entitled "Animals as Objects. Zoological Gardens and Natural History Museum in Berlin, 1810 to 2020" was dedicated to those processes through which animals became museum exhibits, diplomatic objects, and research records. Since 2014, the dermoplastic has been on permanent display in the exhibition, inspiring up to 800,000 visitors each year – as well as staff – to consider the value of nature.