In search of cosmic crumbs 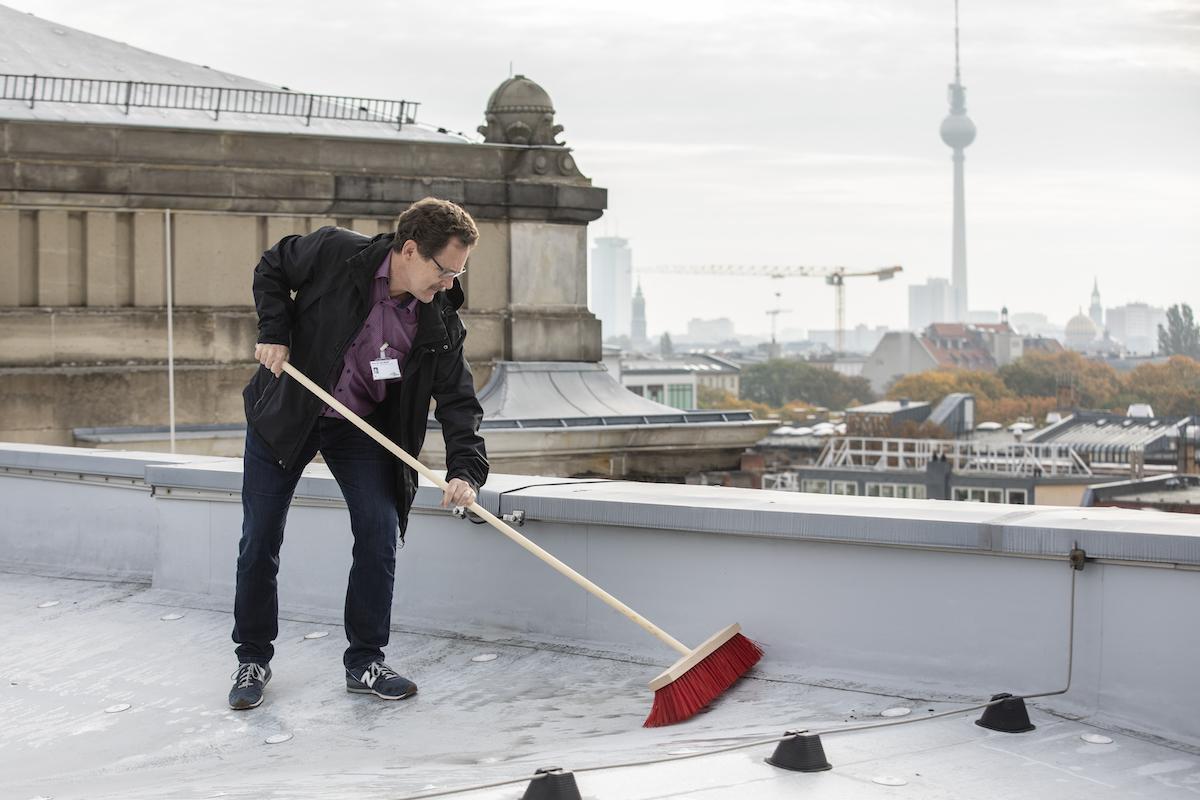 This article was first published in our journal For Nature (issue 3/2020).

Every day around the world, several tons of cosmic dust trickle onto the surface of the earth and remain – very often unnoticed – on the roof of a house, in a well or in a sandpit. The cosmic dust is the remnant of past collisions of celestial bodies in the asteroid belt.

Thilo Hasse heard about five years ago that micrometeorites were scattered all over the world. Scattered around the world. His hobby has been astrophysics since early childhood and he is concerned with the formation of stars. Now his sense of collecting was awakened. "Armed with a magnet, I set out for Teufelsberg. My goal was a sand pit to find micrometeorites," says Hasse, who studied landscape ecology and works for a publishing house. And as many hobby researchers experience, it was the same for him at the beginning: he failed with a crash. "All sorts of things were attached to my magnet. But not even the slightest bit of a micrometeorite," he says with a smile.

Today he knows that a sand pit on the Teufelsberg is not the right place to look for extraterrestrial dust particles. They are sought and found primarily on areas with little vegetation and erosion that are only accessible from the air. Once landed, the grains can stay there for a long time. In the city, these are roughly large flat roofs. Good places are, for example, the ice surfaces in the Antarctic or the seabed, where scientific studies have taken place in the past decades.

The 45-year-old Berliner, who only had geology as a minor in his studies, could not let go of the micrometeorites. Finding that was one thing, but it is even more difficult to analyze exactly what he found there. He turned to the Free University of Berlin and the museum. Ralf Mielke, mineralogist, and Lutz Hecht, impact researcher, helped with the first analysis of micrometeorites. And indeed, among Thilo Hasse's selected particles there were micrometeorites. A citizen research project has meanwhile emerged from the passion for collecting and the exchange with professionals. "Anyone can collect cosmic material," says project manager Lutz Hecht. "Cosmic dust can be found on practically every horizontal roof surface. And so only researchers from the museum, the Free University of Berlin, the Technical University of Berlin, the German Aerospace Center in Berlin Adlershof and many other partners together with Berliners want looking for valuable micrometeorites for science. 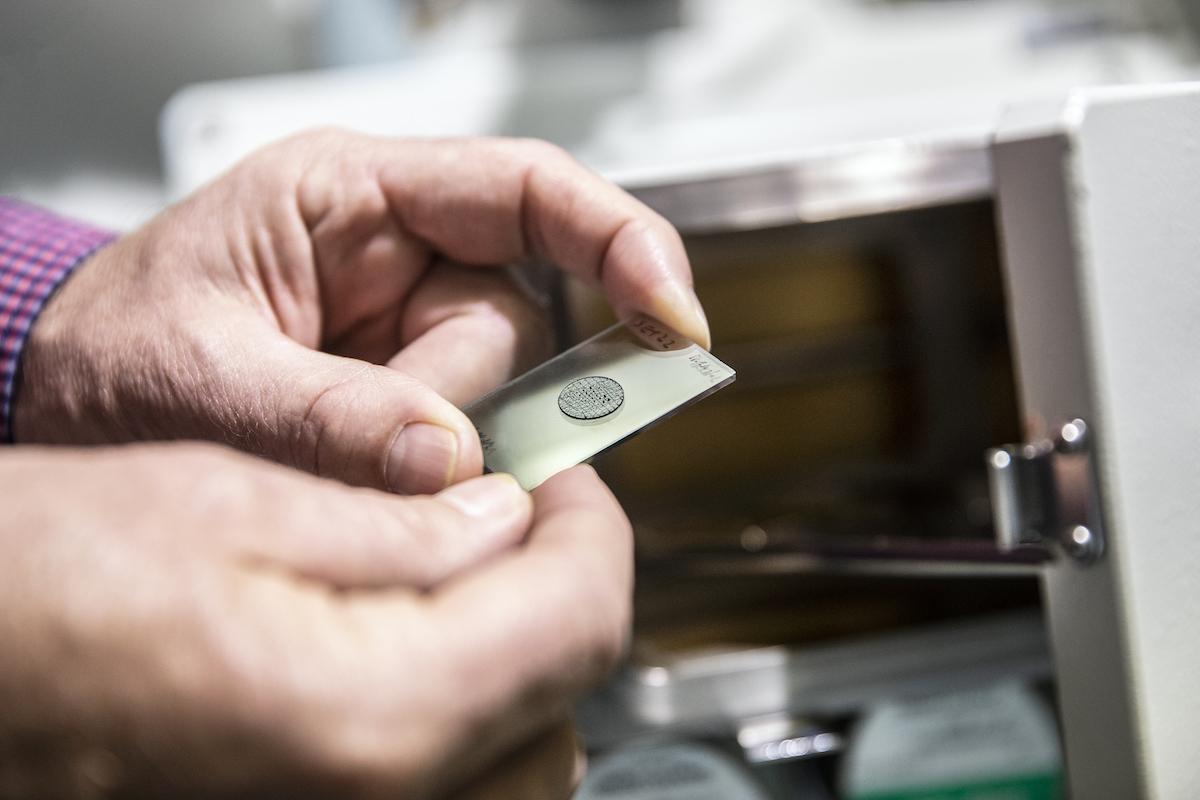 "By analyzing the micrometeorites, we want to gain new insights into how and where cosmic material comes from on earth," says Hecht. In the Citizen Science project, citizens are involved in the entire research process: whether when taking samples, preparing the material or evaluating it. "Citizen science projects often mainly collect and transmit data. We are changing that: We are opening the doors to laboratories and to every step that we scientists take, including the evaluation and publication of results," says Pike.

In spring or summer, if it should be dry, material is first swept up with a broom on selected roofs. The particles 0.1 to 0.8 millimeters in size are then sieved out. "With a strong magnet, you can separate the iron-containing cosmic material from other particles, such as building dust or fine sand," says Thilo Hasse. The yield is washed, light particles are discarded and the remaining material is then examined under the microscope. "This very complex work step depends on the help of volunteers who pick out the interesting objects," says Hecht. A special electron microscope can be used, for example, to check whether these are actually micrometeorites. To do this, the surface structures and the chemical composition of the particles are analyzed. The museum is appropriately equipped with its geochemical and microanalytical laboratory complex. It also maintains a considerable collection of meteorites: a total of around 12,000 meteorites from sites in all parts of the world can be found here. This collection is of immense importance as reference material in this project.

A pilot phase with 20 citizen researchers took place in 2019. The interest in the project was far greater than the number of places. This is one of the reasons why an application was submitted to the Federal Ministry of Education and Research in the call for proposals for funding civic science projects. "From over 80 project sketches nationwide, a small selection was recommended for funding and our micrometeorite project is unfortunately not included. This is also an important part of our research work: Obtaining funding for innovative and one-off projects. It doesn't always work," says Hecht. He is now planning how the project should continue. "The search for the cosmic crumbs is worthwhile. We are continuing to gain new scientific knowledge and at the same time to promote citizen science." The museum's impact researcher believes that interested parties will be able to go looking for micrometeorites again in spring 2021.

Thilo Hasse also remains loyal to the cosmic dust and the project. "I have already identified 644 micrometeorites and improved the sampling technique in learning by doing. With a look at the structure of the roof, I can often judge whether it is worthwhile to climb onto the roof with the dustpan," laughs Hasse . Cheers for dustpans for science! 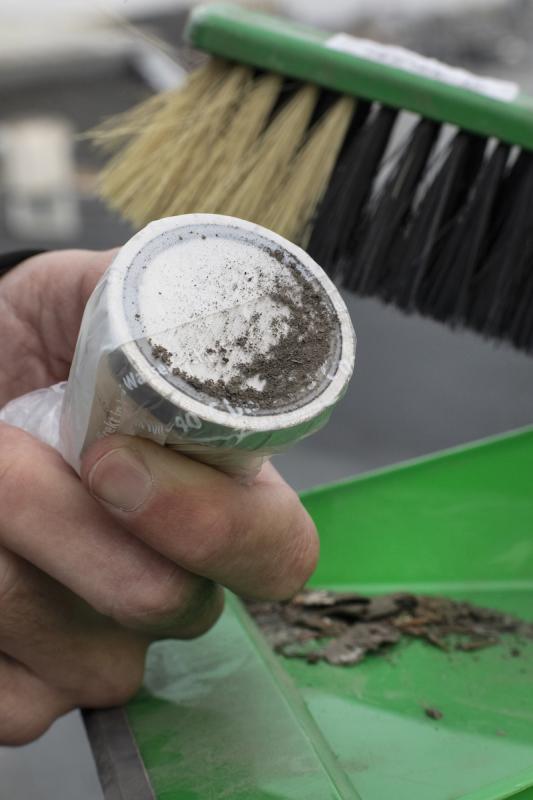