The secrets of ancient scriptures 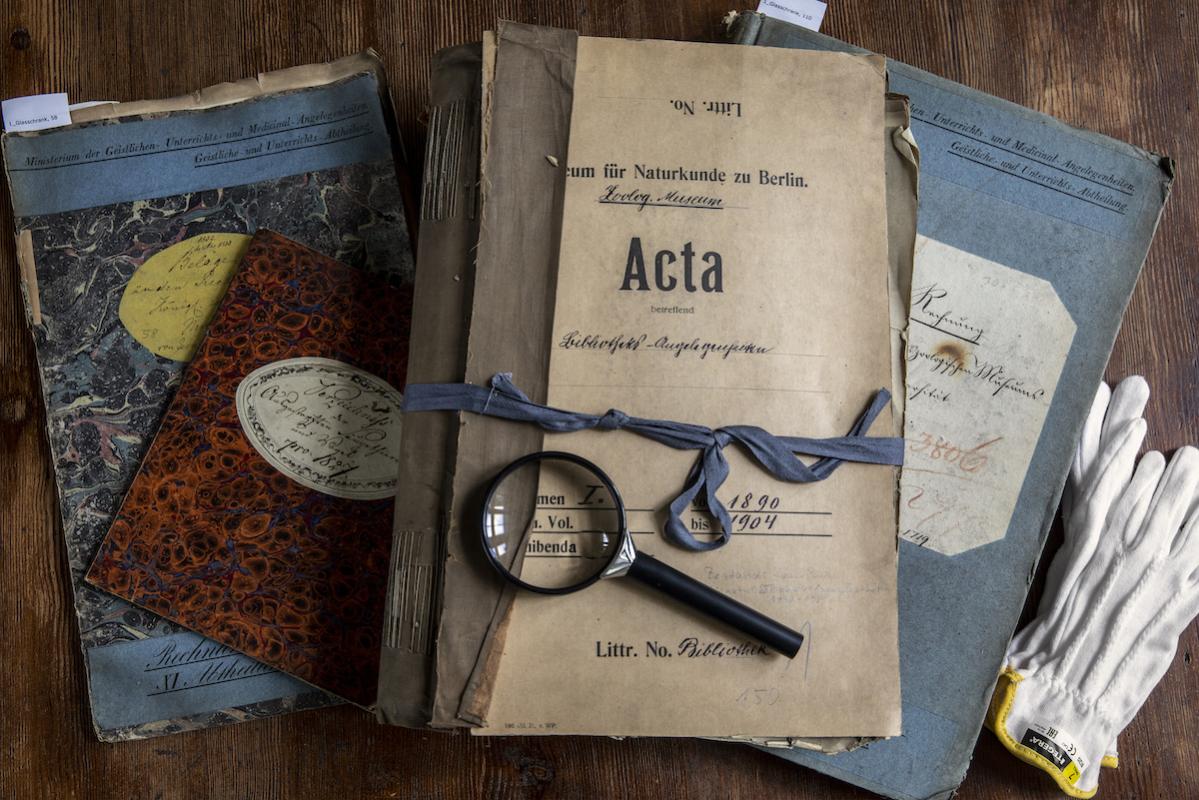 This article was first published in our journal For Nature (issue 4/2021).

Who can read Sütterlin and decipher manuscripts? Committed citizens help to make the stories from the museum's archive accessible to everyone.

When you think of the Berlin Natural History Museum, the first thing that comes to mind is the dinosaur, the polar bear Knut, T. rex Tristan Otto, who has just traveled to Copenhagen, and the millions of animals, fossils, minerals and rocks. The treasures also include something that many do not suspect here: a huge archive with more than 90,000 files and around 20,000 images from over 200 years of museum and scientific history, the Historical Division. There you can find letters from Alexander von Humboldt, the estate of Karl August Möbius, first director of the museum on Invalidenstrasse, the photographs of the first great German deep-sea expedition with the Valdivia at the end of the 19th century and much more. Very interesting material, especially for historical research projects dealing with natural history topics from the 18th, 19th and early 20th centuries.

But there is one problem: readability. The documents are handwritten in the script of the time, for example Sütterlin or Kurrent. Not everyone can read that. On the other hand, there are people who are interested in such old documents and their deciphering and who have learned these scriptures in school or as part of their professional training, who have acquired them out of interest or who simply want to learn.

The museum's transcription workshop brings both sides together. Handwritten documents in Sütterlin or Kurrent are translated into modern script by the participants. In addition to the handwritten originals, digital versions are created in this way. The later users then no longer have to decipher these manuscripts themselves. 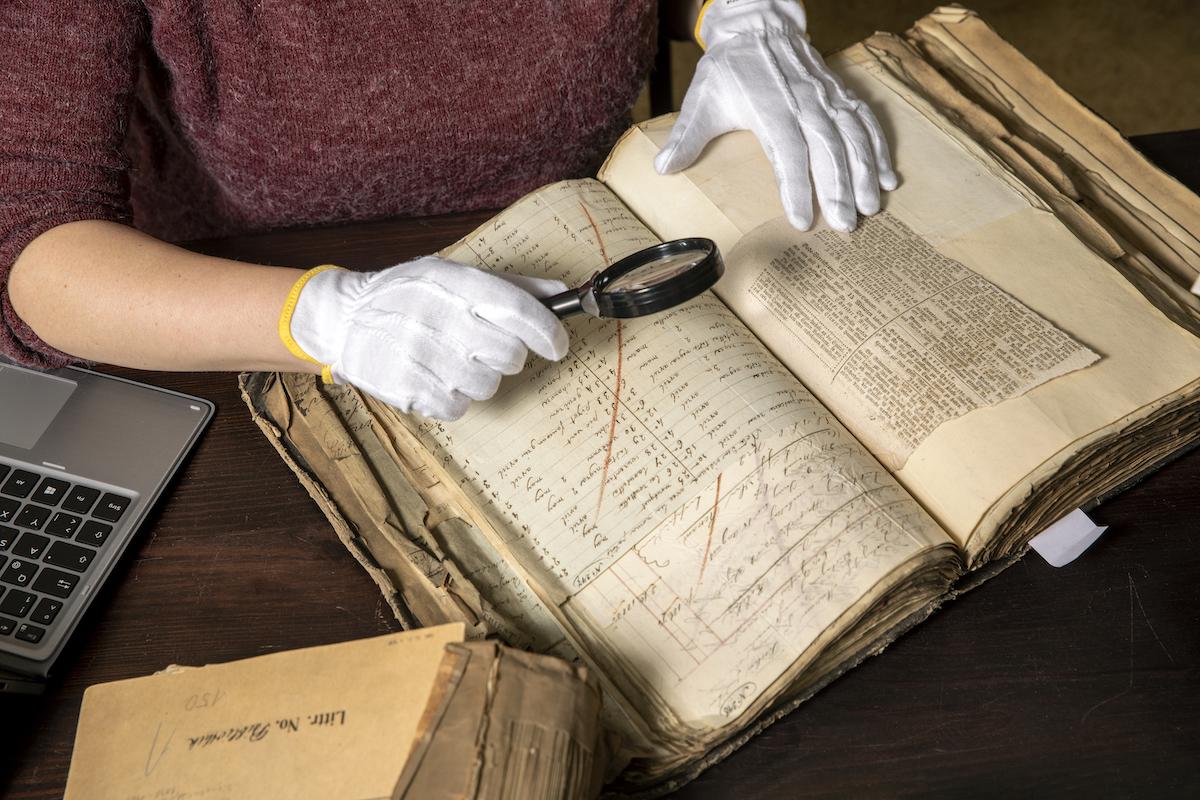 "That helps us, for example, in the so-called Kunstkammer project," explains Diana Stört, who has a doctorate in literature and culture at the museum. This research project, a joint project with the Humboldt-Universität zu Berlin and the Staatliche Museen zu Berlin, is dedicated to the natural objects, art objects and scientific instruments collected in the Brandenburg-Prussian Art Chamber. Today these belong to the oldest surviving objects in Berlin's museums. "We are interested in the biographies of the Kunstkammer objects, and here the historical work center with its documents is a central source of information."

For Sandra Miehlbradt, the archivist of the historical work center, the transcription workshop is also important for the deeper indexing of the holdings of her archive, beyond the mere inventory of the files as a whole. "It's about the recording and indexing of the individual archive materials in the files. Up until now, this was simply not possible in terms of personnel." The transcription workshop helps to create a deeper access to the holdings. "It is becoming increasingly possible to search specifically for individual objects, collectors and locations in the documents."

The research platform that is being created as part of the art chamber project also plays a role here. It contains all transcribed documents that were used in the project. It is planned to activate the platform at the end of the year, when it will be publicly available to everyone. You can get a first impression today at berlinerkunstkammer.de. "This research platform is, so to speak, a test version for the later database with all documents that are created in the transcription workshop," explains Sandra Miehlbradt. This database will also be freely accessible. 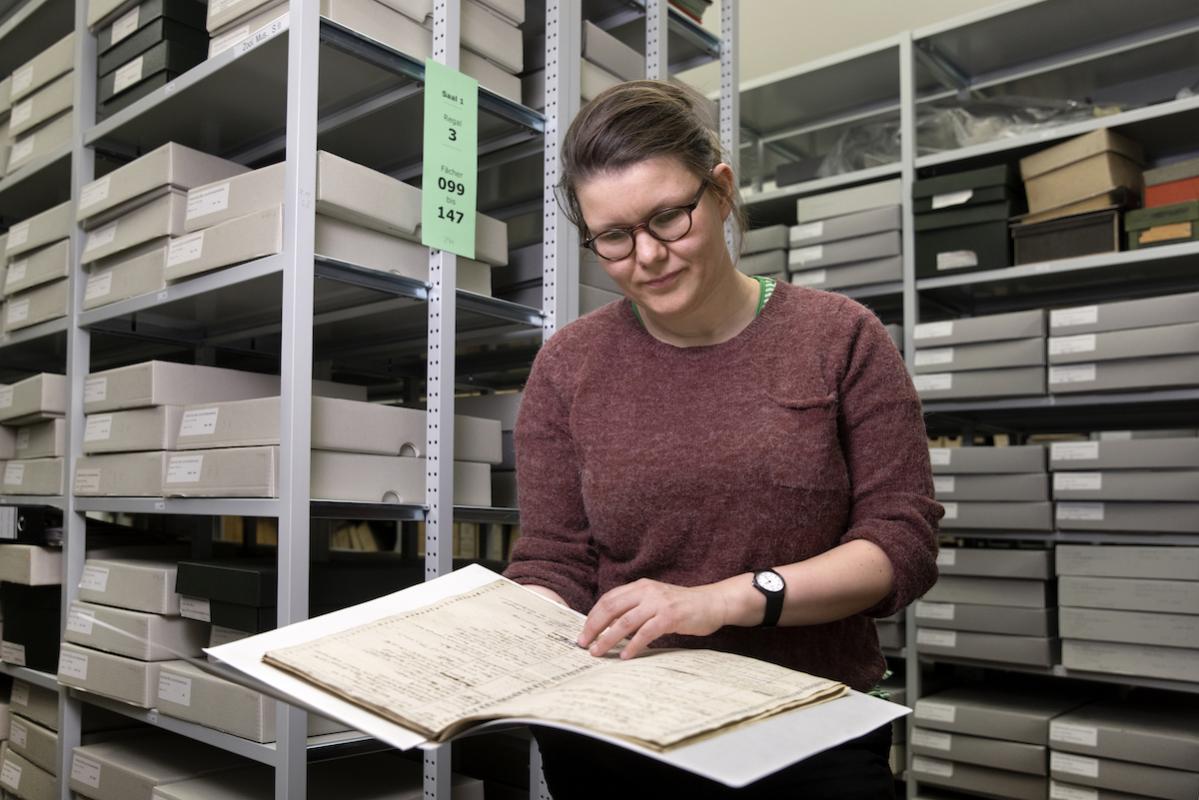 Which brings us to our plans for the future. The idea of ​​those involved is to develop a whole center out of the transcription workshop, which will open up the holdings of the historical work center on a much larger scale and rely on international participation. This fits in with the efforts of the museum to have fully developed its holdings as part of the Future Plan by 2030 and to make them available to the general public via a freely accessible internet portal. Whether all documents in the archive can be researched and transcribed online by 2030 depends on how large the public participation in the transcription work will be. Will it be possible for committed people to transcribe other scriptures and languages ​​beyond Sütterlin and Kurrent? In the historical office, documents can be found in Japanese, Chinese, Danish, Swedish, Italian, French, Spanish, English, Latin - to name just the most important. In addition to the worldwide participation of committed citizens, the "Digital Transcriptionists for Nature", artificial intelligence will also be used in the transcription center.

"In the transcription center it will again be possible to exchange ideas personally on site. The digital possibilities of virtual meetings, which enable a high reach beyond Berlin, can still be used," says Wiebke Rössig, head of the experimental field. "The on-site encounters illuminate the participatory character of the project even better than digital meetings can."