The skulls are moving 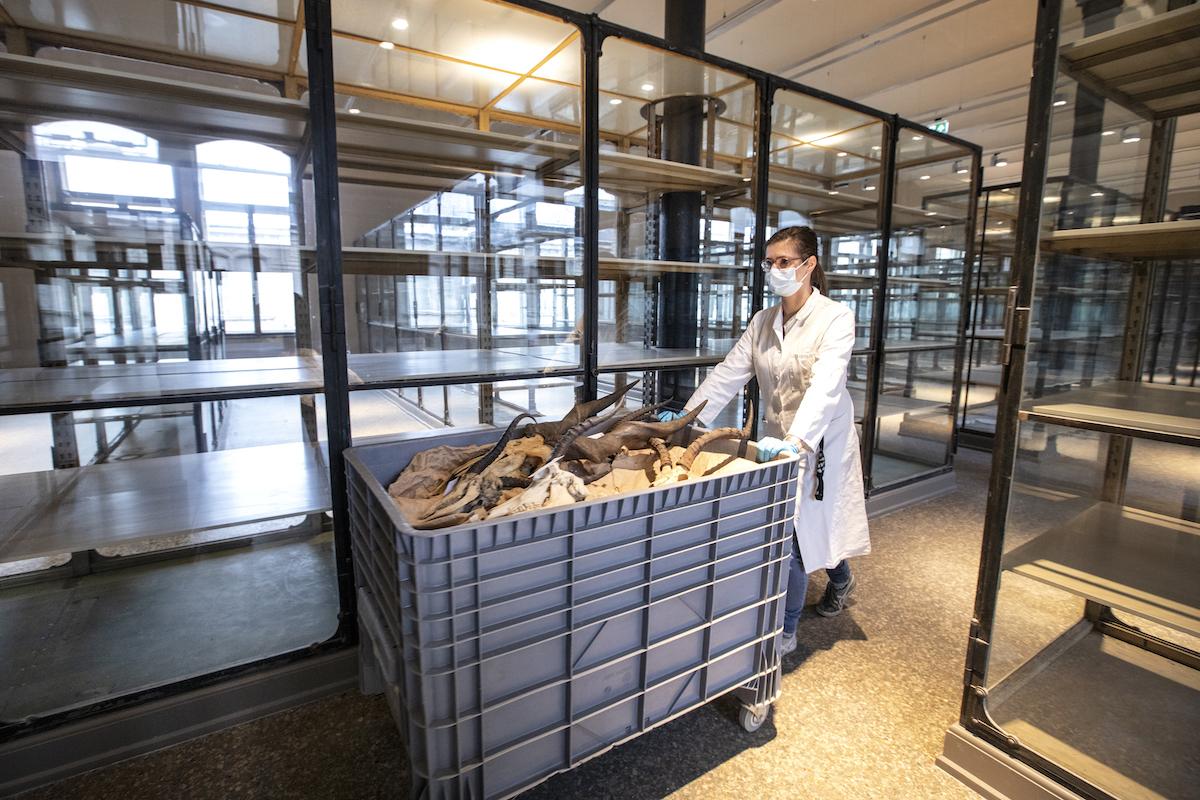 This article first appeared in our journal For Nature (issue 3/2020).

Thousands of horns and antlers move into new collection rooms – in future, they will be digitally accessible worldwide. Custodian Frieder Mayer keeps an overview when the ungulate skulls move.

A labyrinth of corridors with thousands of cupboards is hidden in the collection of the Museum für Naturkunde Berlin. Some corridors with nostalgic, dark green metal cupboards even made it into the third season of the series Babylon Berlin. The scientifically valuable research collection of the museum is located where visitors hardly have access. It also includes the collection of ungulate skulls with a multitude of magnificent antlers and horns, whether from antelopes or elk. Thousands of these skulls are now moving for science.

"We pick up every single object, clean it, check the labels, take photos and digitize all information about the object," says Frieder Mayer, describing the procedure. Mayer is the curator of the Mammal Collection and has helped organize the relocation of the ungulate skulls and their digitization for three years. "With the digital indexing we create complete transparency about the existing stock. And something else is phenomenal: in the future people from all over the world will find every single skull, every deer antler or horn in a digital database. This is a gold standard in the indexing of natural history collections," says Mayer enthusiastically. 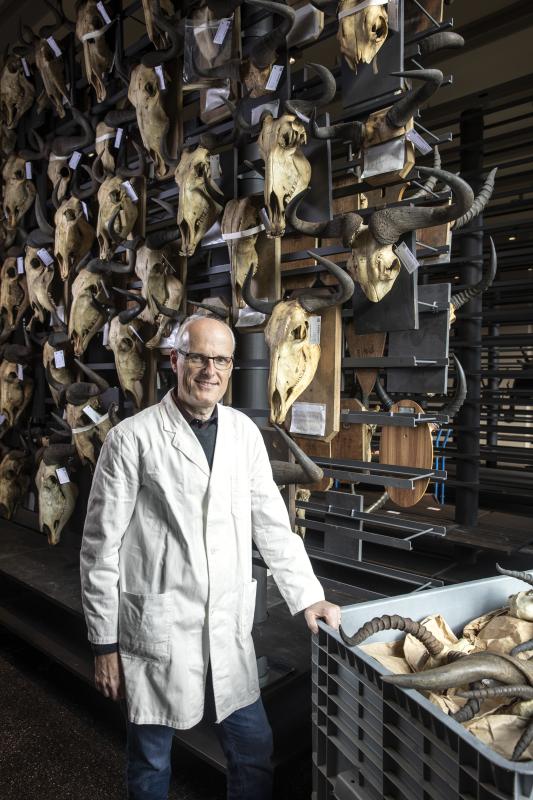 The move from the "Antler Cellar" and "Antler Floor" to the new collection rooms of the renovated east wing is also a pilot project for the collection development in the house. Thanks to the Future Plan, all 30 million objects in the collection, from the smallest fly to the largest dinosaur bones, will be digitized and freely accessible in the coming years.

The work on the skull collection shows why this is not an easy task. "There are small or large horns, every skull has to be picked up and photographed from all sides, transported and finally stored as space-saving as possible," says Katrin Spitzer, Collection Assistant. Once the object has been digitized in the photo studio, it is given a new collection label with a QR code. In the database there will be a profile for each object: What type is it? Where does it come from? When was it collected and by whom? Such information is indispensable for research from different disciplines such as taxonomy, evolutionary biology, archeology or the history of science. If the new label hangs on the skull or antlers, it can move to its new place in the new collection room. "For transport, we wrap the skulls in bubble wrap and then put them in a mobile plastic box. Because the skulls sometimes weigh several kilos, I have a little sports program every day," laughs Spitzer.

Several collection passages lead to the east wing. Here the skulls are hung on the meter-high shelves. Close together, they give a fascinating picture. Skulls of females who do not have antlers come in boxes on the lower two shelves. Soon there are 4,000 skulls with antlers and horns hanging in the new Ungulates Hall, and a further 2,000 skulls are lying in boxes underneath. The ultra-modern collection room, which offers the best conditions for conservation, is also designed in glass. Over the next few years, visitors will be able to see directly into the research collection and the imposing corridors full of antlers through a glass front. In a second, new skull room diagonally opposite, the remaining mammalian skulls are placed in the freshly restored glass showcases. Tens of thousands of other skulls then move in here – from pipistrelles to elephants. 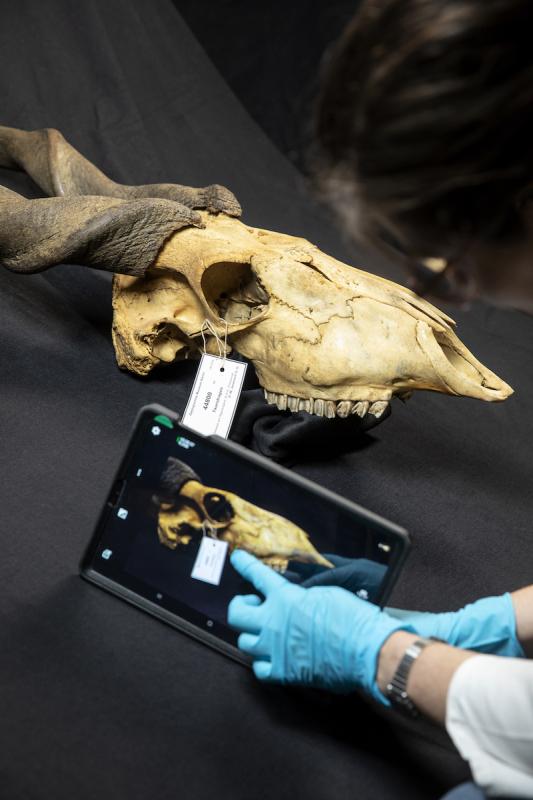