Tristan Otto and the Spree ducks 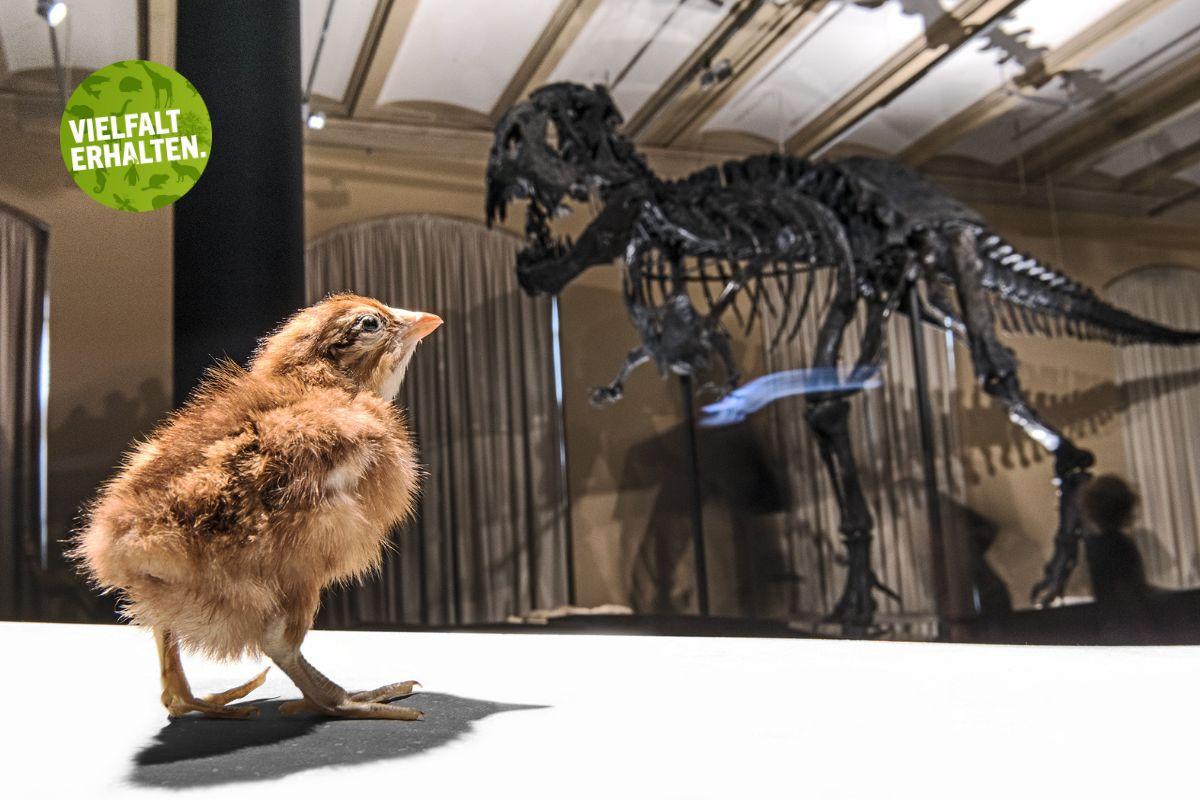 On 17 December 2015, Berlin's most beautiful smile appeared for the first time at the Museum für Naturkunde – it belonged to Tristan Otto, an original Tyrannosaurus rex. The 68 million year old fossil bones were found in Montana, USA, in 2010. The skeleton was named "Tristan Otto" after the sons of the owners and was made available by the owner for exhibition and research purposes.

For four years and about three million guests, Tristan Otto inspired the museum's guests as well as researchers to address current issues surrounding extinction events and the future of our planet. Tristan Otto was a brand ambassador for Visit Berlin, conquered CeBIT, visited the dentist and had his jawbone examined in the Charite radiology department.

Then he traveled to Copenhagen in 2020 to the natural history museum there. The major natural history museums see themselves as a joint scientific, global research infrastructure. Therefore, it is natural for the Berlin Natural History Museum to make objects in its care available to all for research and knowledge transfer. Tristan Otto was an ambassador of this common will.

Since August 2022 and until the end of 2023, the skeleton, together with other dinosaurs from the Triassic, Jurassic and Cretaceous periods, is now on display in the exhibition "DINOSAURS! Age of the Giant Lizards" can be seen again in Berlin.

Dinosaurs dominated our planet for more than 150 million years, making them one of the most successful groups of animals the Earth has produced. Tyrannosaurus rex lived at the end of the Cretaceous period about 66 million years ago. At that time, there was an enormous variety of large and small feathered dinosaurs. Because all forests disappeared after the asteroid impact, all species that specialized in living from and in trees as well as forests also became extinct.

Among the surviving species are the ancestors of chickens, ducks and bouquets, which did not depend on trees. Modern birds evolved from them – as direct descendants of dinosaurs. Whoever comes out of the exhibition will now look at the ducks on the Spree with completely different eyes. Unlike the dinosaurs and many other extinct animal groups, we have our fate in our own hands. Let us act for nature every day.