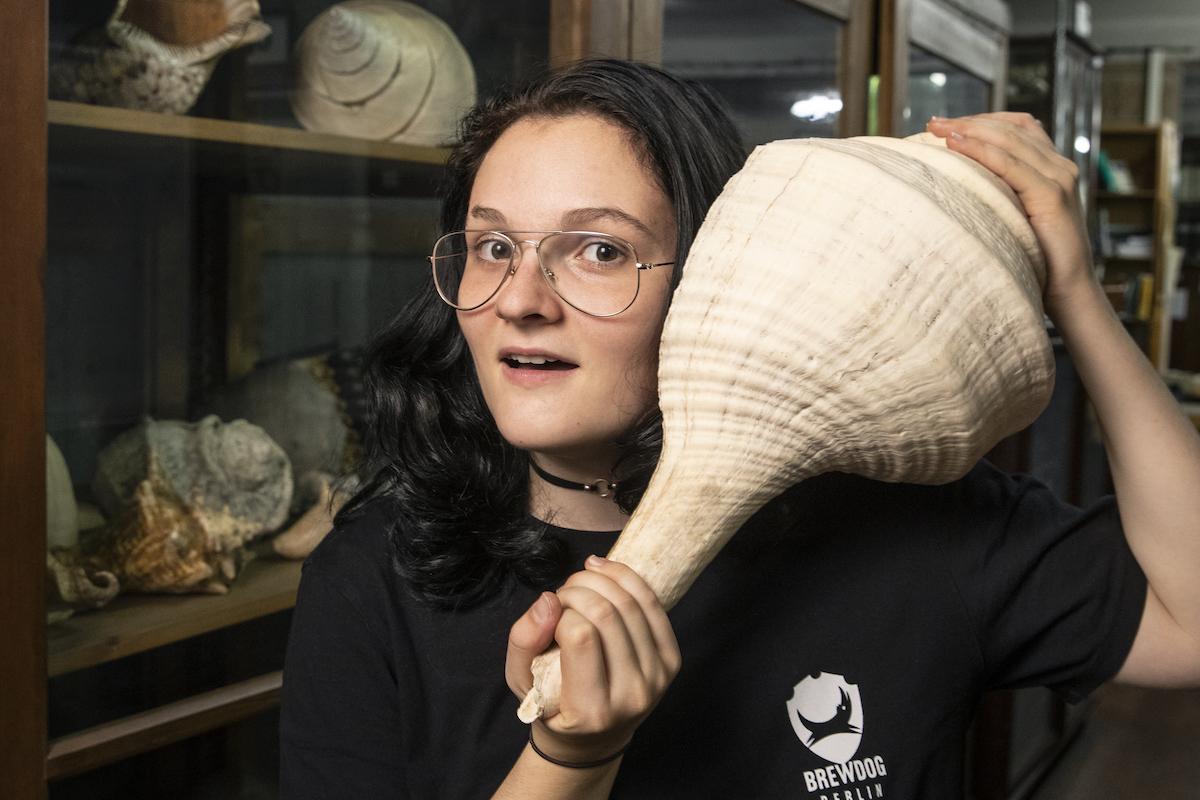 This article was first published in our journal For Nature (issue 3/2020).

Suddenly she was surrounded by molluscs. "I didn't realize at all that there was such diversity," says Pia Nitschke. She walks through the corridors of the mollusc collection of the Museum für Naturkunde Berlin, past old cupboards containing molluscs that research travelers have collected over two centuries – sorted in more than a quarter of a million boxes. What was once soft about them has long since dissolved in the cycle of substances and has been shaped into new life. What remains are shells and cases, some of them extremely impressive, such as Tridacna from the Philippines, famous because it is falsely claimed that it has already held divers on the seabed. Or Syrinx aruanus, the large snail with an elegantly twisted shell, 75 centimeters long, one of the largest sea slugs of all. Others, however, are incredibly tiny or meaningless – at least outwardly. "And when you open them, they are suddenly colored beautifully purple," says Pia. Her eyes shine behind gold-rimmed glasses in a retro look and a smile can be seen under her face mask, which is printed with turquoise stag beetles, dragonflies and ants. The 19-year-old started her Voluntary Ecological Year ("FÖJ") at the Museum für Naturkunde Berlin in September and has been making expedition trips almost every day to the branching branches of the mollusc animal tribe.

She opens the heavy dark wooden door of cabinet 32 and pulls out a drawer. Almost the size of the palm of your hand, light brown shells of giant African snails lie next to each other in flat cardboard boxes. Whenever she opens a drawer for the first time, there is this brief element of surprise. What shapes and colors has nature come up with now? What kind of species are we talking about this time? Where do they come from and who found them and when? "Sometimes the objects are in cigar boxes from 1918 and nobody has been on them since," says Pia. "Or the animal was found 200 years ago on a famous expedition. Holding it in your hands for the first time is a great feeling!" 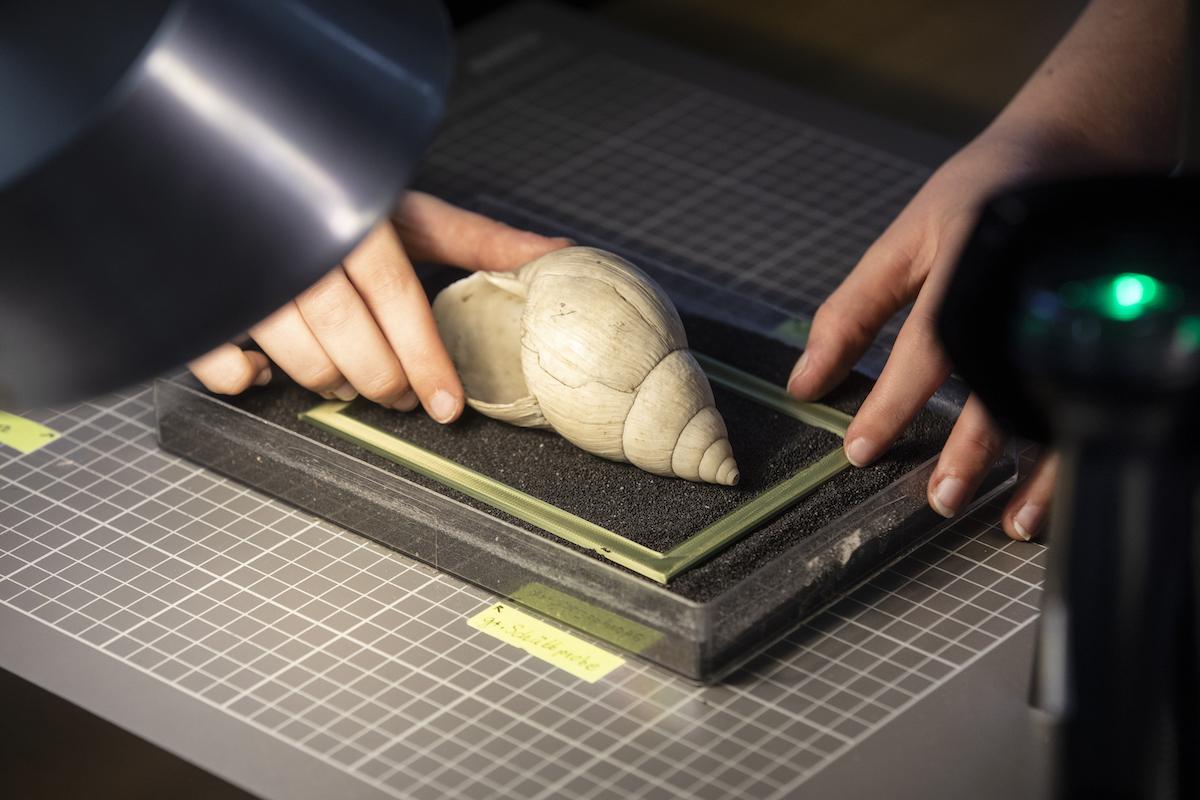 When Pia Nitschke decided to do an FÖJ after graduating from high school, it was immediately clear to her: It had to be at the Museum für Naturkunde Berlin! Even as a child she was often out and about with her grandmother and parents, and she was particularly impressed by the dinosaurs, the ancient teeth and bones. That something like that should have lived on earth! On vacation, she collected shells on the beach and fossils in the forest – or at least what she thought they were. "My first career aspiration was to be a dinosaur researcher," she says. "The fact that I am now working here at the museum and can look behind the scenes is like a dream that is becoming reality."

The very first tour she took to get to know the building led through endless corridors and behind closed doors, deep into the scientific collections that normally only specialists enter. "I was totally overwhelmed by what was lying around here, in the bird hall alone I saw thousands of specimens that had never been in the exhibition." Her first stop was the paleontological collection. There she photographed prehistoric bones and helped clear out the boxes of a long-forgotten expedition. "We unpacked fossils and huge Mussidae, it was really exciting," she says.

Her second workplace, the mollusc collection, also turned out to be a veritable cabinet of curiosities. The Collection Manager, Christine Zorn, showed her around and presented her with a golden-brown glove made of mussel silk, which was spun from the adhesive threads of the large mussel and was given as a gift to the Prussian King Friedrich Wilhelm III in 1822 by the Bishop of Taranto. And she showed her many other artifacts of evolution, such as a snail which collects the houses of other snails, clam shells, corals or even Coke lids on the sea floor and attaches them to its own housing, as if they wanted to adorn themselves with them, which is probably a strategy is for camouflage. Pia was most impressed by the alcoholic eye of a giant squid, Architeuthis martensi, the size of a head of cabbage. The animal measured four meters and was pulled from a fishing net in Japan in 1873. Squids, which can grow up to 18 meters, also belong in the mollusc collection. They belong to the group of octopuses, which in turn are cephalopods and, like snails and mussels, are molluscs. At the museum, however, they are stored with their relatives in the wet collection – filled with alcohol in around 20,000 glasses.

At her workplace, in a spacious adjoining room to the mollusc collection, Pia digitizes her protégés. Each individual animal receives a QR code so that researchers can later access all information about the species, location and collector quickly and digitally. Until now, such information was only available on yellowed index cards and old labels. "Some sites have names that are no longer in use today, then I do a detective research to find out what might be meant," says Pia. Sometimes it was a small island in the South Pacific that nobody knows anymore. She also takes photos of the finds and links them to the data set. 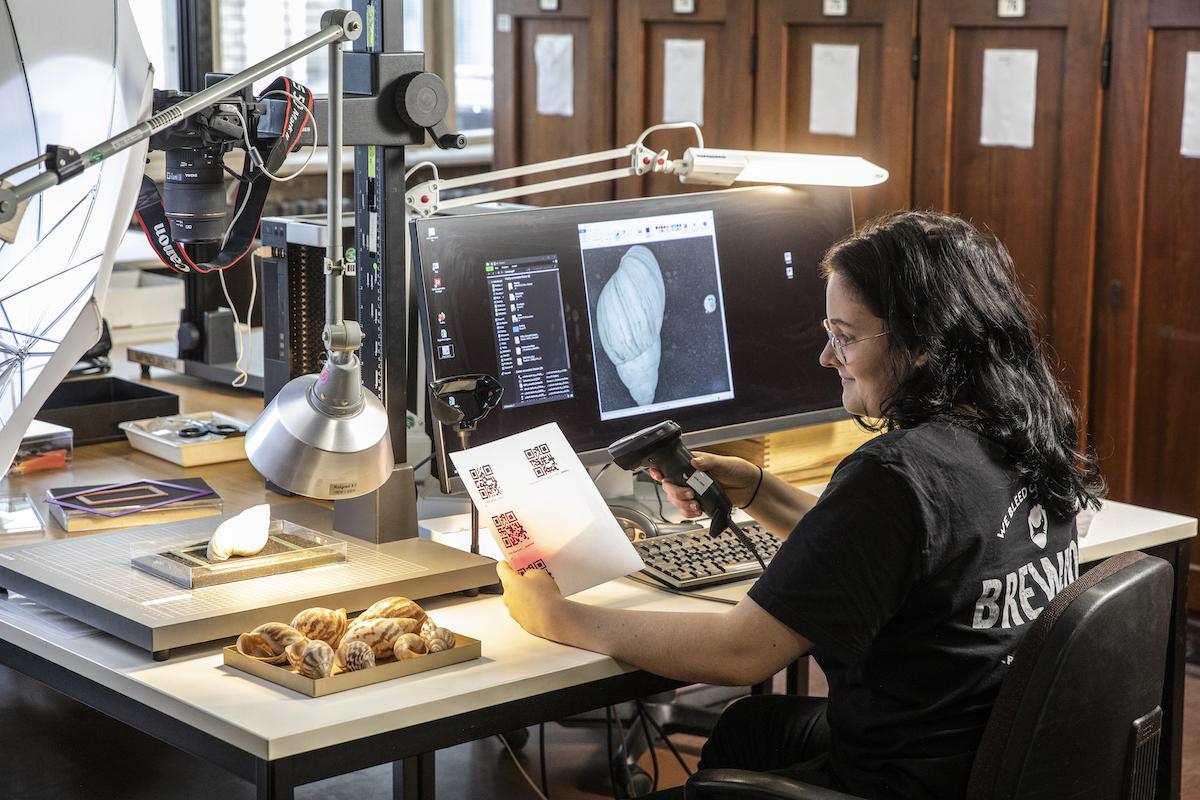 Like Pia Nitschke, a total of nine young adults do their FÖJ at the museum. Lucie Rentsch, for example, who determines old finds in the collection of butterflies and caddis flies and maintains the collection. In the laboratory, she also takes samples from less raised moths for DNA analyzes so that the researchers can say something about the biodiversity in the Philippines. Or Tobias Lüder, who studied geography for a few semesters before his FÖJ and is now helping to digitize Germany's largest bird collection. He has also been a fan of natural history museums since childhood and wants to find out whether his enthusiasm could turn into a profession. In the past 20 years, around 100 young people have got to know the heart of the museum.

Pia Nitschke has not lost sight of her original career aspiration, the stories behind the old bones and teeth still persist to this day. She wants to use her time at the museum to find out what might interest her ten years from now. "It was only here that I realized that you can also research old things in order to gain knowledge for the future, for example on climate change or environmental pollution," she says. It was also new to her that researchers are specializing in certain species of snail in order to then use their knowledge to develop an active ingredient that can help sick people. Maybe it will be a biology degree? Maybe not. With her work in the mollusc collection, Pia first of all ensures that researchers find what they need to answer such questions. "I'm practically making the collection usable for good causes," she says and continues her expedition through the world of mollusks. 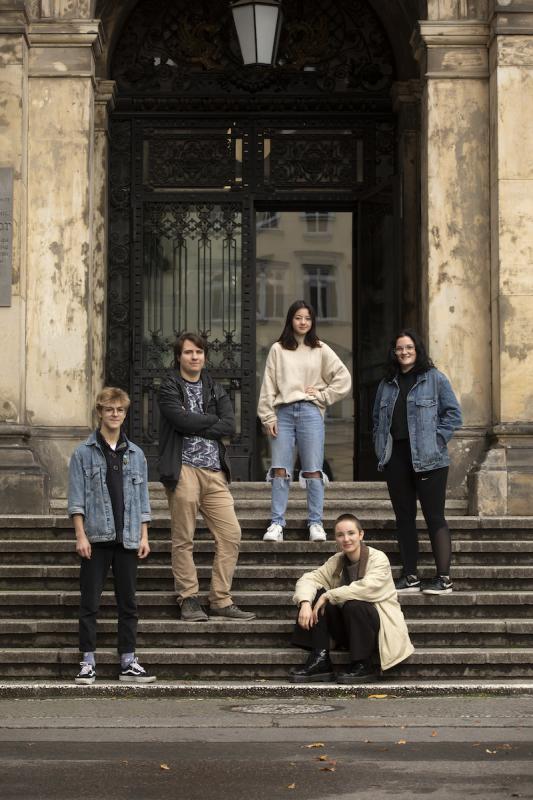